Would you like to help people in need at Christmas? – Here is a list of fundraising campaigns in Pécs 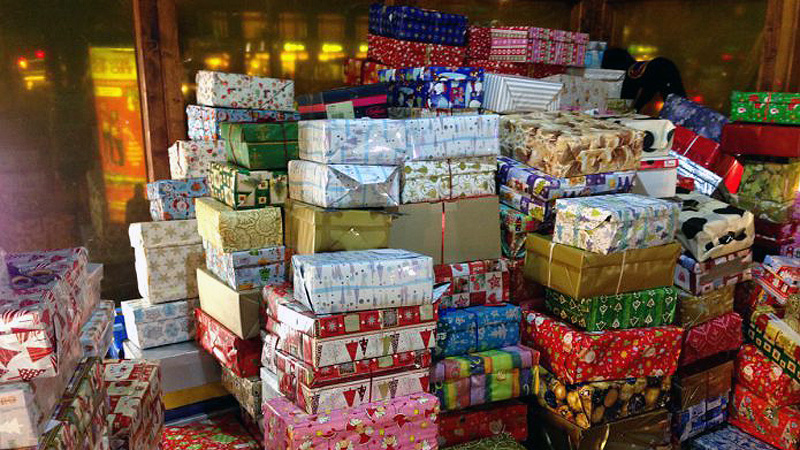 There are fundraising campaigns in the city for several years now, their popularity increases around Christmas time. The website pecsma.hu collected which institutions and associations help people in need.

The Christmas messages of the Pécs Vagyonhasznosító co. ltd.

The Pécs Vagyonhasznosító co. ltd. thinks of everyone; they would like to make people’s Christmas happier who spend the holidays alone, in the hospital or away from their families. They encourage children to become the messengers of the angels, to create kind Christmas drawings, paintings, paper folding, and sewing or using other creative methods for messages with which they can wish merry Christmas to those who do not receive other wishes. Real angels deliver the messages and good wishes to social institutions, women shelters, children’s homes, and homes for the elderly.

The messages can be submitted in the PVH building on Búza square until 7 December.

The shoebox campaign of the Győző Csorba Library

The institution organises the fundraising in collaboration with the Kémes for Ormánság Association again. They expect the shoeboxes until 14 December, the next day the library’s “bibliobus” is going to deliver the presents to Kémes.

The shoebox campaign of the UP Faculty of Law Student Council

The students of the Faculty of Law organise a charity shoebox campaign this year as well; they are going to give the gift boxes to the Baranya County Child Protection Centre. You can put such things in the boxes that the children would be happy to receive, for example toys, books, colouring books, creative tools, plush figures, toy cars, dolls, hairbands, and picture books.

The stand can be found on the southern part of the Széchenyi square, they collect until 23 December.

The fundraising campaign of the Pécs Plaza

The Pécs Plaza expects indoor toys, books, colouring books, entertaining booklets, creative and drawing tools, board games and skill developing toys that are used but in good condition for the little sick children in the UP Department of Paediatrics onco-hematology department.

The charity campaign of the Pécs Zoo

The Pécs Zoo is going to have a fundraising day on 8 December when people can visit the zoo with a discount if they bring a toy that is useless for them but still in good condition. The toys are going to be distributed among children in difficult circumstances in collaboration with the Pécs Nagycsaládos Association. You will receive a gift in exchange for the donations: if you bring a toy, you can have a look at Nikoláj, Öcsi and Tibi, the baby monkeys born recently, or the enormous mammoth for five hundred HUF.