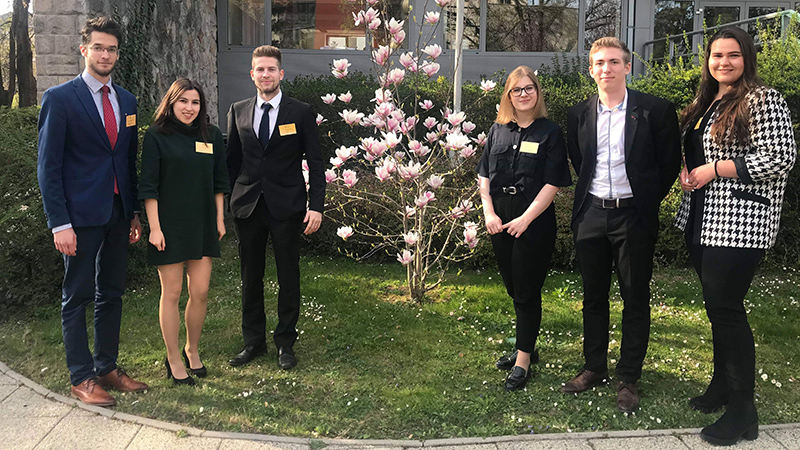 Jason Sparks participated in a three round selection procedure of the UN Hungarian youth emissary application and among the candidates he has proven to be the most successful. In the first round, the candidates had to make a one-minute video about the current problems of the Hungarian youth, and they had to fill out a worksheet with questions regarding the UN in Hungarian and in English.

13 candidates could get into the second round. With them, the interviews were like table tennis matches: question-answer, question-answer, in English and also in Hungarian. Besides personal introduction, and discovering certain skills, the questions were concerned with geographical knowledge, sustainable development goals, and the operation of the UN.

In the third round, the candidates received two tasks in advance: one of them was a speech that the candidates had to present in five minutes at an imaginary UN meeting, in the other task they had to introduce themselves, why they would be suitable, and what they would emphasize if they were chosen. These were followed by tasks measuring creativity, situational games, tasks testing debating skills and questions regarding general knowledge.