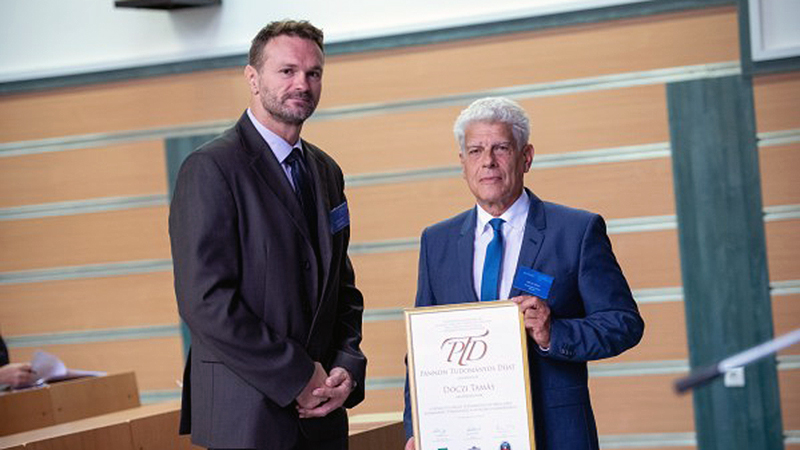 Pannon Science Day was held at PEN (University of Pannonia). The conference featured lectures on a variety of topics and several awards and recognitions were handed over as well.

The conference series was launched in 2004 by the Pécs and Veszprém Regional Committee of the Hungarian Academy of Sciences. The event has since been hosted by the Nagykanizsa campus of the University of Pannonia. One of the main aims of the forum is for lecturers to get to know each other's field of expertise and research.

“This is a Transdanubian scientific event, a 'university of all knowledge', where teachers and researchers can present their most important scientific achievements. This can be a source of inspiration for students as well as a great opportunity for networking, as researchers can see each other's work and research, ”said Kornél Németh, associate professor at PEN.

The conference was hosted for the 15th time in Nagykanizsa. Mayor László Balogh emphasized that the scientific work of the campus has an impact on Kanizsa's future as well.

Several awards were handed over at the conference. The Pannon Science Award was awarded to dr. Tamás Dóczi, professor at the Department of Neurosurgery, and PhD students were also awarded. This year, the Veszprém Academic Committee awarded dr. Balázs Kakasi, student at the University of Pannonia Faculty of Information Technology, for developing a sperm-based toxicity test where sperm is present as the test organism. The novelty of this is that it is an easily and cheaply accessible, yet highly sensitive test organism.

The award of the Pécs Academic Committee was handed over to Gábor Kemenesi, a student at the University of Pécs; one of the central topics of his research is the role of bats in the survival of viruses.