UP is among the 200 best universities in the world 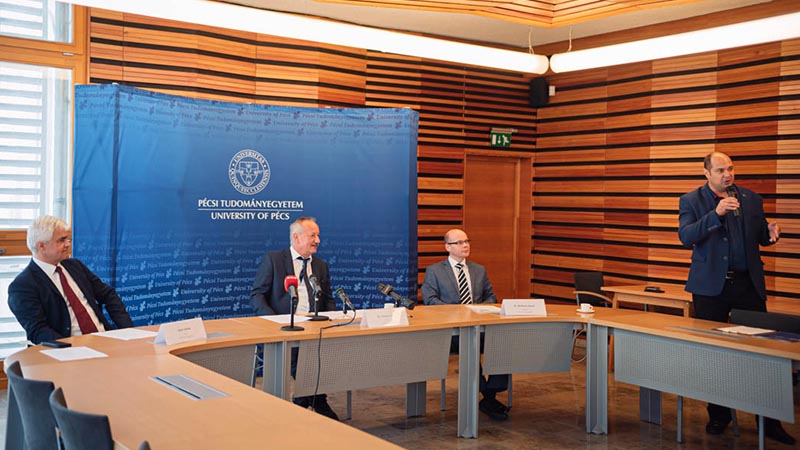 On 10 May, the London’s Quacquarelli Symonds company published its latest university ranking. The University of Pécs is in the 651-700th category on the list, which compares the best higher education institutions in the world; it is a progress by moving forward two categories, namely one hundred positions compared to the 2018 ranking. Moreover, Hungary's first university is ranked among the top 200 universities in the world in the category of international students.

The experts at Quacquarelli Symonds (QS) have been compiling the world university ranking annually since 2004, based on six criteria. The final ranking is based on the judgment of the academic sphere, the opinion of the employers, the frequency of citations of scientific works related to the institution, the teacher-student ratio, and the number of foreign teachers and students. About 1,600 universities are examined, based on more than 18 million documents and 138 million citations. Out of 1,600 institutions, the thousand best ones are eventually ranked.

Dr. Attila Miseta, Rector of the University of Pécs, said at a press conference in connection with the ranking: “In the category of foreign students, the University of Pécs finished in the quite prominent 193rd place, having been included in the narrow elite based on this indicator. It can be stated that if this indicator had not been considered only 5%, UP would have achieved an even higher position overall. It is a good indication of the continuous development of our university that the number of both scientific articles and citations has increased significantly compared to last year's result.”

One of the most accepted international rankings calls UP historic based on its establishment, classifies its research intensity in the “high” category, while evaluating the training spectrum as the most comprehensive possible.

Dr. József Betlehem, Vice Rector for General Affairs, Connections and Strategic Affairs at the University of Pécs said that UP has been at the forefront in the fight against the virus with its international virus laboratory and professionals. The motto of the university for the semester starting in September has not changed, i.e. the health and safety of students and teachers is the most important. In this spirit, they will continue to provide the necessary hygiene equipment for education and examinations and will be prepared to welcome foreign and Hungarian students. The Vice Rector pointed out that according to a recently published survey, Hungary is the 18th safest country in the world and the 6th safest country in Europe in terms of the coronavirus epidemic. This can be reassuring for both new and returning foreign students.

Zoltán Jenei, Chancellor of the University of Pécs, said at the press conference in connection with the university's key investments: “The construction of the new education and research wing of the Medical School has progressed as well as possible even during the state of emergency and the epidemiological situation. The construction company replaced the required number of professionals relatively quickly and was able to handle the difficulties of transporting special, custom-made materials, so the work will be completed by the middle of July and the technical handover can begin, ending in August. In recent months, most of the external work has been done, with significant landscaping of the northern park and the establishment of traffic surfaces. The investment of the Dental Theoretical Block of more than two billion HUF is progressing according to the schedule, the preparation of the area, the foundation and the construction of the structure have taken place in recent months. If everything proceeds as planned, the handover in August-September 2021 can be implemented. Both investments are of great importance for medical training in Pécs, but they also favourably shape the visual and infrastructural environment of the School.”