A Science and Innovation Park will be established in Pécs 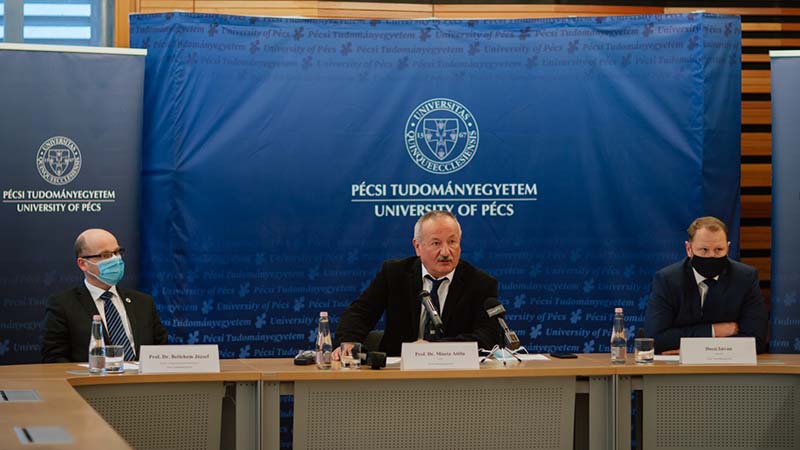 The Science and Innovation Park (TIP) to be established at the University of Pécs won a HUF 4 billion EU funding as a result of the GINOP proposal entitled “Strengthening the capacities of regional research institutions”. The government's decision published in the Hungarian Official Gazette before the Christmas holidays facilitates the strengthening of the business and economic development function of the University of Pécs in order for the institution to be able to fulfil the role of a regional development university.

When using the HUF four billion support, UP aims to create an intellectual and entrepreneurial ecosystem that attracts innovation and strengthens the entrepreneurship and entrepreneurs’ faith. By establishing TIP, the university intends to build on its existing training and innovation capacities, regional industry traditions, cluster organizations, and national company and social assets.

"The biggest challenge of the decade ahead of us is to what extent our university can become the engine of the region," said István Decsi, Chancellor of the UP who said that they could take the first step with this development, but their ambitions are much higher. They would like to continue the development in several phases, in the frame of closer and more innovative cooperation with economic operators, during which the university will become more visible and prominent, even in an international context.

The first phase of development will start this year, during which the scientific topics that are the basis of health economy developments, such as digital health industry innovations, smart technologies, specialized mechanical engineering and intelligent technologies, as well as the green economy, will have the greatest emphasis through the development of entrepreneurial competencies.

"The first phase will be implemented in the university's real estate, which will be located at the Nyár Street site," said dr. József Betlehem, Vice Rector for General Affairs, Connections and Strategic Affairs, and added that the planned developments and their effects will stimulate the activity of all faculties, for example by creating co-working workshops.

It is planned that by 2027, they would like to further develop the Science and Innovation Park as a multi-stage project, trusting that they will be able to gain adequate support for these as well.