The Faculty of Pharmacy held its graduation ceremony on 10 July at 1 p.m. - 52 pharmacist candidates successfully met the requirements for the final exam.

“Your future work is a respectable work, even in peacetime,” began Dr. Attila Felinger, Vice-Rector, who congratulated the pharmacist candidates on heroically standing their ground. He called the near future a turning point for both the graduates and the citizens of the university; for the latter, the model change brings radical changes and important tasks.

Dr. Annamária Vörös and dr. Zaher Wasem expressed their gratitude on behalf of the graduates.

Among the graduating pharmacy students, the most outstanding TDK student award was handed over dr. Gombor Boglárka and dr. Réka Rajj.

Miklós Dékány, a former student of the Faculty of Pharmacy, died tragically in 2009. In memory of their son, his family set up a foundation to have a pharmacy student receive the foundation award each year at the graduation ceremony in recognition of his or her excellent academic progress and community work. This year, according to the decision of the students, teachers, and the board of trustees, dr. Veronika Széles received the Miklós Dékány Foundation Award.

The Foundation for Pharmaceutical Education in Pécs also praised the effectiveness of education and established a certificate with an award for it. This year, dr. Annamária Vörös received it.

In his ceremonial speech, Dean Dr. Lajos Botz pointed out that the pandemic has brought about a paradigm shift that has transformed all industries worldwide, including higher education. As he said, they start their professional careers with an education that has been achieved in an unusual way, enriched with many new elements. The dean expressed his gratitude and appreciation for the students having been able to cope with this challenging situation in all respects. He thanked the teachers and the parents of the newly inaugurated pharmacists as well.

On behalf of the newly inaugurated graduates, dr. Virág Andor and dr. Abu Alfoul Sawsan Haitham Saleh thanked their teachers and their families. 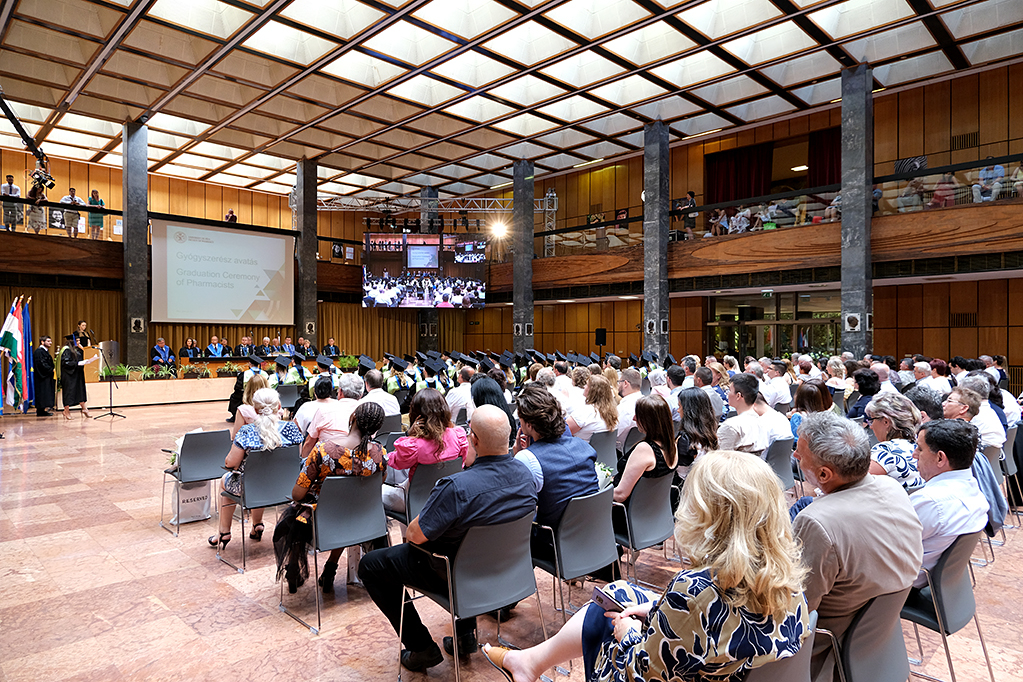