New surgical procedures, chips, innovations at the clinics in Pécs 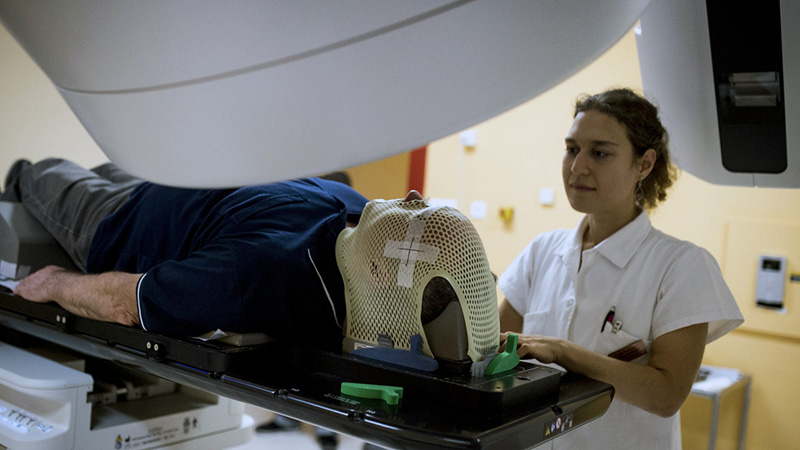 Three-dimensional printing of prosthetic limbs, chip-based diagnostics for successful artificial insemination, brain stimulator for the treatment of epilepsy. Many of these modern procedures and devices have been developed and applied, often as the only ones in the country, at the University of Pécs Clinical Center.

The internationally significant cooperation of colleagues of the Department of Obstetrics and Gynaecology, the Szentágothai János Research Center and the Department of Medical Biology offers practical and innovative results, said Dr. Gábor L. Kovács Széchenyi Prize-winning academic, one of the leaders of the research, to the journal Magyar Nemzet. The success of artificial insemination has been enhanced by capturing hitherto unknown biochemical and genetic signals from the fetus without touching or affecting the fetus, and identifying the most viable embryos before implanting them into the mother. With a university-industry collaboration, a chip-based diagnostic tool is being developed to enable testing not only in a research facility, but also in an average-equipped hospital.

Children with severely deformed spine are treated at the Department of Orthopaedics. Professor Péter Than, the director of the department, said that as part of a nationwide profile of spinal surgery, serious attention is being paid to severe spinal deformities mainly in adolescence and in childhood, which occur even congenital or in children who are a few years old. The director emphasized the importance of high-quality treatment and advanced surgical interventions, as well as modern imaging diagnostics, which are performed on low-radiation, two- and three-dimensional EOS device, which is currently the only such device in Hungary.

A number of new surgical procedures have been introduced at the Department of Otorhinolaryngology as well.

The surgical resolution of lateral cranial lesions has become a daily routine here. The team led by Professor Imre Gerlinger plays a pioneering role in Hungary in the surgical treatment of lower cerebral palsy, tinnitus and hearing loss. Surgery for benign and malignant tumours that damage the pituitary and the os pestrosum has become part of everyday practice.  The operations of anterior cranial fundus lesions with assisted navigation through the nasal cavity are a huge step forward. With the introduction of endoscopic ear surgeries through the ear canal first in the country, patients recover without major incisions and with shorter nursing time.

The Department of Neurosurgery has the only electric brain stimulation device in the country (the so-called Nexstim) that can be used to assess the patient's most important brain centres without surgery. Based on the brain MRI scans the brain is electrically stimulated by computer navigation, the effect of which is that the brain changes its function, therefore it becomes possible to identify important brain centres and their relationship to various brain pathologies, such as brain tumours, said Professor András Büki, director of the clinic.

Nearly five hundred Parkinson's disease patients have been implanted with a deep brain stimulator at the Clinical Neuroscience Center over 18 years. The so-called brain pacemaker was first used here in central Europe to treat epilepsy not responsive to medicines. A project serves the treatment of the latter whereby electrodes are planted in the epileptic patient's brain to find the group of neurons responsible for triggering the seizures - said Professor József Janszky, director of the Department of Neurology.

3D printing offers significant opportunities in the field of prevention, diagnostics and various interventions in health care, emphasized Professor Miklós Nyitrai, director of the Department of Biophysics, dean of the Medical School. The 3D Printing and Visualization Center and the Clinical Center of the University of Pécs successfully cooperate in several fields. Interdisciplinary teams have created on several occasions models of anatomy and pathology that can improve the physician-patient communication as well.

They have successfully designed 3D-printed cutting templates with cardiac surgeons for real heart surgeries. Several skull implants have been produced with specialists from the Department of Neurosurgery. As part of the dental portfolio, the production of three-dimensional, invisible braces to maximize individual needs will soon begin. The so-called "bioprinting" is a key area where the basic material for printing is a living cell and the aim is to create tissue structures. 3D printing is also great for developing medical, medical technology devices and medical aids. One of the most successful examples of this is the Human Arm upper limb prosthesis created with 3D printing.

The Center for Translational Medicine under the leadership of Dr. Péter Hegyi has achieved significant results in both the basic and clinical research fields. A process that plays a key role in acute pancreatitis has been identified successfully, as for example the severe lack of energy within the cell or damage to the energy-producing cellular component, the mitochondria. Restoring these processes may provide the first specific therapy for the serious illness.