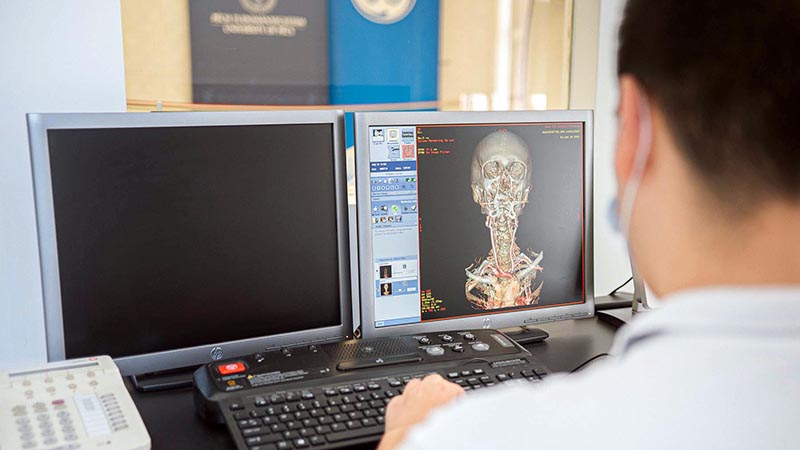 MIT and Harvard Medical School have announced a ten-week healthcare innovation online training, aiming to develop an entrepreneurial viewpoint paired with innovation. Out of the large number of applicants, Imre Simon, colleague of the PTE 3D Printing and Visualization Centre was one of the few selected to participate, and he and his team ended the esteemed competition in second place. “I applied to the MIT-Harvard healthcare innovation online training urged by the inspiring community and supportive leadership at PTE 3D Centre,” said Imre Simon, whose participation in the training was supported by the University of Pécs Medical School. Simon elaborated, that the “bootcamp” was an intense, ten-week training, focusing on the development of an entrepreneurial viewpoint paired with innovation. This view includes the recognition of the given problem, creation of a solution of value and the marketing of the product and solution by means of creating a sustainable business model.

A large number of people wanted to participate in the training comprised of seven modules: out of 1400 applicants in 2020, 63 were selected to participate; they were then divided into groups of 4-6 people, emphasizing diversity and various professional backgrounds. The groups had to investigate a problem, and after detailed analysis, come up with a solution proposition. The next step was the creation of a sustainable business model for it, presenting the concept in the end. Imre became a member of a 5-person group, and started investigating the given area with Indian, Singaporean and South Korean teammates.

“After brainstorming, we have decided to focus on problems caused by the slowness of MRI scanning; our goal was decreasing examination time to allow faster diagnosis and high cost-efficiency. The idea came from a real life experience of one of my teammates, who had a hard time dealing with the 45-minute MRI scan that had to be interrupted multiple times because of discomfort in the small space in the machine, making lying still for enough time impossible. Due to these problems, the scan scheduled to be 45 minutes ended up taking two hours.”

In order to investigate the problem, Imre and his teammates interviewed patients and radiologists from four countries, also researching in scientific journals. They have discovered that one out of ten patients had a similar experience. The American Radiology Journal stated that out of 40 million MRI scans, 4 million had to be repeated in the USA, causing an estimated economic loss of 400 million dollars. Even though there are devices that can make the scan more comfortable (earphones, VR goggles), these still have limits; and being under anaesthesia might have consequences. That’s not even considering that re-scanning might traumatize patients and increase hospital waiting times.

“We came to the conclusion that most patients can handle being motionless for up to 20-30 minutes, therefore the most effective solution to the problem would be the decrease of examination time,” added Imre Simon. They have started considering an AI-based software solution that would reconstruct slightly pixelated images taken during faster MRI scans into clinically acceptable and useable images.

Imre and his team managed to develop the functional principle of the software in ten weeks, including the mediated values and connected business model. The development would decrease patient anxiety and waiting time; for buyers (hospitals, diagnostic centres) it would mean a higher patient traffic and therefore higher income as positive result. It might just happen that this concept will have a life in practice: one of Imre’s teammates is giving it serious attention, meaning that this second-place bootcamp concept might be realised in the future.

“It was constantly emphasized during the training that we should not stick to one chosen business possibility. If it turns out to be going nowhere, feel free to discard it and look for new opportunities using the methods we learnt,” said Imre Simon. He pointed out that the software they designed could be realised with the help of engineering and some starting capital. He added that he is grateful for the opportunity to show and further his knowledge at such a challenge.