Pécs from above – Aerial photos of Lajos Kalmár 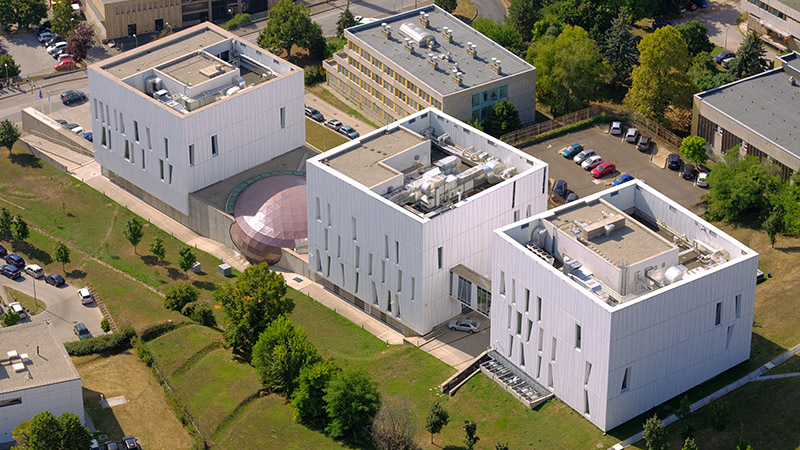 In connection with the festive event of the Doctors’ and Dentists’ Day, this year, traditionally, visitors can see an exhibition at our gallery. This time you can see the aerial photos of Lajos Kalmár, featuring buildings, construction sites and the units of the clinical quarter of our S

Born in 1967, Lajos Kalmár graduated from the University of Pécs with a degree in literature and linguistics; during his final university years, he worked at the local museum where he began taking photos as a hobby. He was the first from Hungary’s rural regions to win the József Pécsi Scholarship, then in 1999 he received the largest American grant at that time, the ArtsLink, and since then he has received numerous awards both at home and abroad. He is a member of MAFOSZ, the Association of Hungarian Photo clubs. Since 1996, he has published 40 photo albums. In 2017, he became Fuji's ambassador, and his photos taken with special tools can be found nationwide.

The photos of this exhibition were taken with a Fuji GFX 50R medium format camera and lenses, which are characterized by exceptional resolution and rich detail. Many people can explore the world of the hidden yards and gardens of Pécs, our historic downtown or our state-of-the-art buildings. The buildings of the Medical School, the construction sites and the units of the clinical quarter are well illustrated in the pictures.