The University of Pécs Medical School’s renewed website was chosen as The Website of the Year in the education category of the non-profit professional competition of the Internet Section of the Hungarian Marketing Association.

The Website of the Year competition, which now has a history of 20 years, recognizes the best Hungarian-language websites or websites developed by a Hungarian company and other digital marketing solutions every year. The competition with a two-decade-old tradition is an open and independent professional event in which the best ones in the various professional fields participate and can only succeed with results worthy of international acclaim. A professional jury evaluates the submitted entries, and there is also a public vote where we can vote for the website we like.

According to the application’s website, a record number of entries were received this year: 331 websites, applications, creative and technological solutions, and digital marketing campaigns competed in 28 categories. In addition to the user experience, design, smart device optimisation, creativity, and category-appropriate content were also considered in the evaluation criteria. 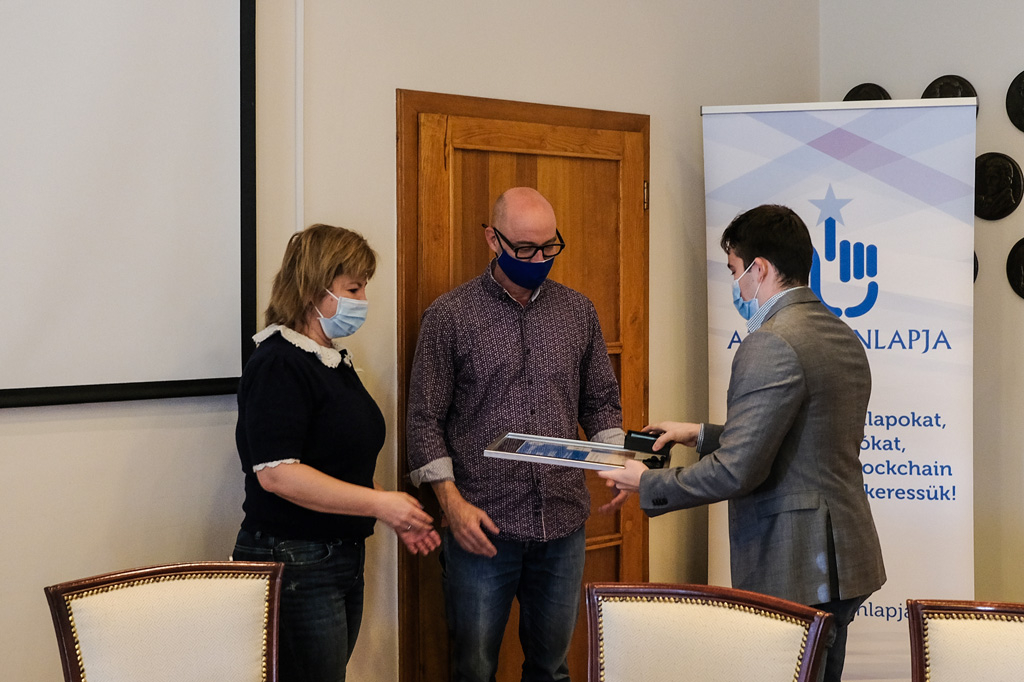 The Digital Marketing Office of the UPMS Marketing and Communications Department delegated the website of the Medical School, which has undergone an enormous renewal, to the prestigious competition where the professional jury selected it as the best one out of 30 entries. The award ceremony took place on 21 December; due to the epidemiological situation, the organizers personally brought the certificate and the award to the Medical School in the frame of a solemn Award Ceremony Roadshow.

“We are at the end of a long, almost one-year working process, in the phases of which all colleagues of the UPMS Marketing and Communications Department were involved, either in content creation or developing the structure of the website for example,” said Zsófia Duga, head of the Marketing and Communications Department after the award ceremony. As she said, there was a lot of design work involved in developing the website, which started at the time of the previous head of the department, Tibor Pál. 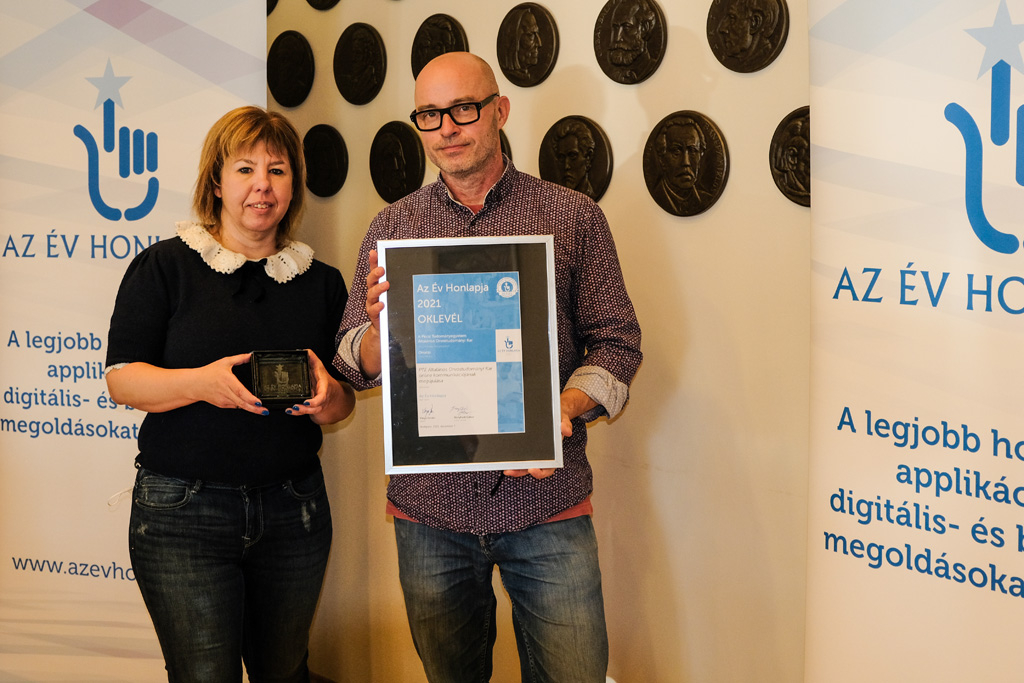 “The goal was to create a modern, 21st-century website that does not communicate primarily with the in-house target audience. We can show the people living in the city, the applicants, the partners, and the general public what life is like here, what professional, scientific activities we are doing, what kind of developments take place at the School. This kind of visibility is essential for universities in the 21st century,” the head of the department added.

She emphasized that in addition to the offices of the Marketing and Communications Department, the English and German Admissions and Student Service Offices staff were also involved in the work, as well as the IT group and the IT colleagues of the UP 3D Center. Zsófia Duga emphasized that there is grandiose teamwork behind the new website. 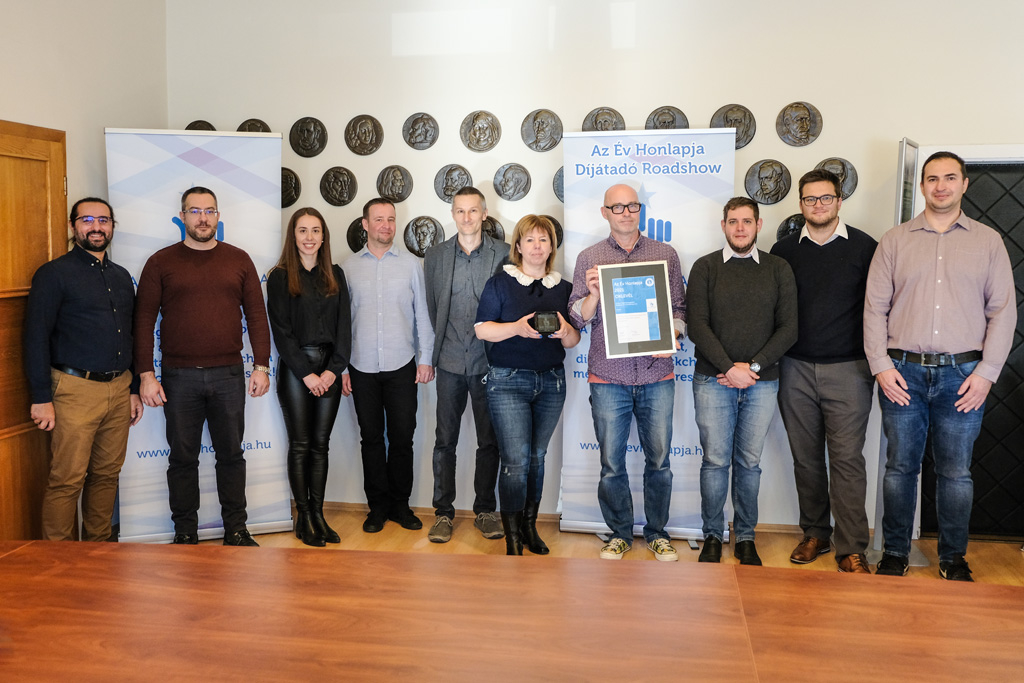 “This was an extremely complex project, in which a professional staff of nearly 15 people invested more than 3,000 hours,” said László Fekete, head of the Digital Marketing Office. “The new website is one of the most important elements of the Medical School’s communication approach and may be key to the School’s domestic and international reputation, as well as achieving its recruitment strategy,” he added.

Photo gallery about the award ceremony: 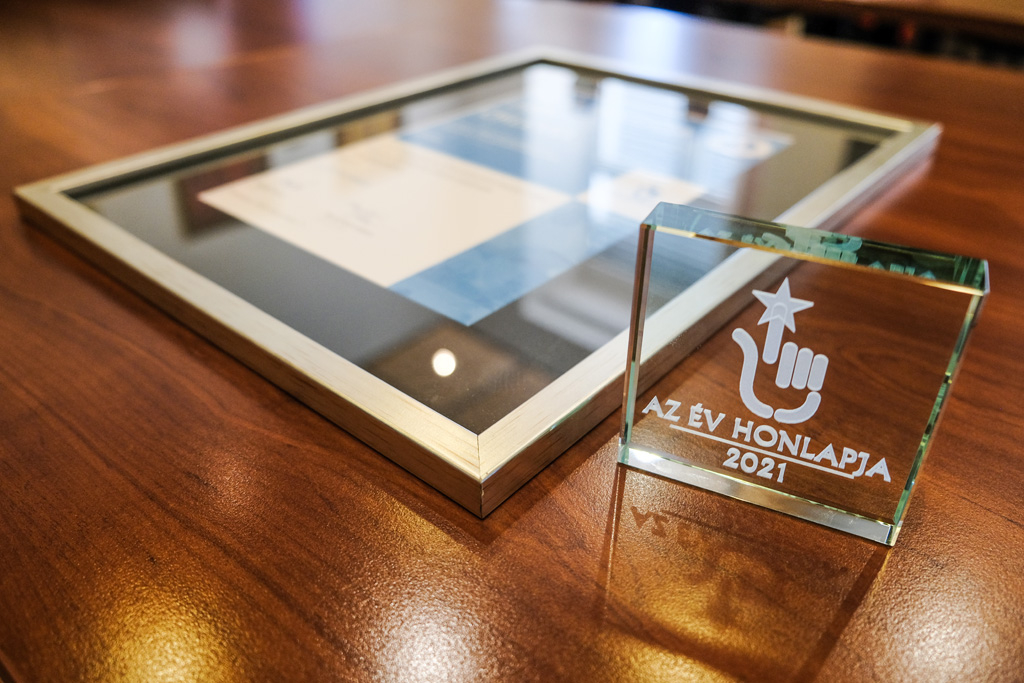