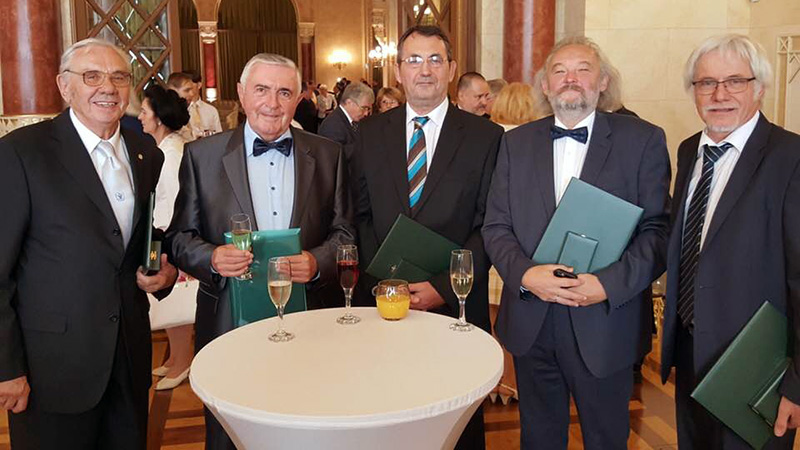 Miklós KÁSLER, the Minister of Human Capacities handed over state honours and awards on 20 August.

In his solemn speech, he said the awardees were studying nature, wildlife, man, thoughts, and art, and they found new ways and approaches in the realm of thoughts, science, and culture.

On behalf of the Hungarian nation and the government, the Minister thanked the 75 awardees for their outstanding and exemplary activities in the service of the nation, the development of the country, the promotion of the interests of the country and the enhancement of universal human values.

He recalled that according to the chroniclers, the mythical origins of Hungarians is the dream of Emese. According to the myth, the princess saw a divine dream in the appearance of a turul. She felt that a spring comes from her womb, gurgling from her groin into a huge stream on a foreign land. The fruit of the celestial vision was Álmos, and his offsprings were truly holy kings. His mission was to gather related peoples, unite them, and "recapture the fruits of their ancestors" in the Carpathian Basin. His sixth grandchild, Vajk fulfilled his mission.

In recognition of his outstanding work, Dr. Sándor Fekete psychiatrist, professor in the Department of Psychiatry and Psychotherapy at the University of Pécs Faculty of Medicine was awarded the Civil Section of the Knight's Cross of the Hungarian Order.