The new education and research building of the University of Pécs Medical School (UM MS) was officially handed over on the morning of September 5. The building cost 14 billion HUF, and was funded by the Modern Cities Program. The prestigious main building of the Medical School was expanded by 12 000 metres squared, providing students, educators and researchers with a high quality environment equipped with the most modern technological innovations.

The Hungarian Government provided over 30 billion HUF through the Modern Cities Program for the University of Pécs with the goal of increasing the competitiveness, developing education and service portfolios, increasing the number of the international student body and ensuring the infrastructure needed for these developments. The UP Medical School took an important role in realising these goals, since almost every second international student out of the total of over 5 000 is a medical students. Congratulatory speeches were delivered by the Minister of the Prime Minister’s office, Gergely Gulyás, member of Parliament Péter Hoppál, Rector of the UP professor Attila Miseta and the UP chancellor István Decsi.

As mentioned during the event, the construction of the new building was the flagship of the UP Modern Cities Program project, since it is both the largest and most expensive one. Thanks to this development, the spaces for education and research grew by 40% at the faculty. The new building will house four big lecture rooms and 34 seminar rooms to serve education and learning, becoming the backbone of medical training with the highest quality, modern medical technologies. Four departments will move from the old building to the new one. Even though the concept is not new globally, the open lab architecture on every floor is a novelty in the functions of this building. Moreover, the 10 000 metres squared park was also renovated behind the building, serving as a beautiful social area for students with its plants, modern pavement systems, outdoor furnishing and artificial pond. The 254 new parking spots aiming to lessen parking difficulties are primarily good news for educators and researchers. Many students get around in Pécs on bicycles, therefore it is no surprise that 160 new bicycle storage places were also built. The history of the medical campus and medical training began in the 1950-s in Pécs, in the old military school. The English language medical training started in the 80-s, the German in 2004. Dentistry training in English started in 2006, and pharmacy was added to the English portfolio in 2009. The number of students studying in the international programs has steeply risen in the past decade, and the international tendency shows that the demand for medical trainings in Hungary could continue to rise in the coming years. 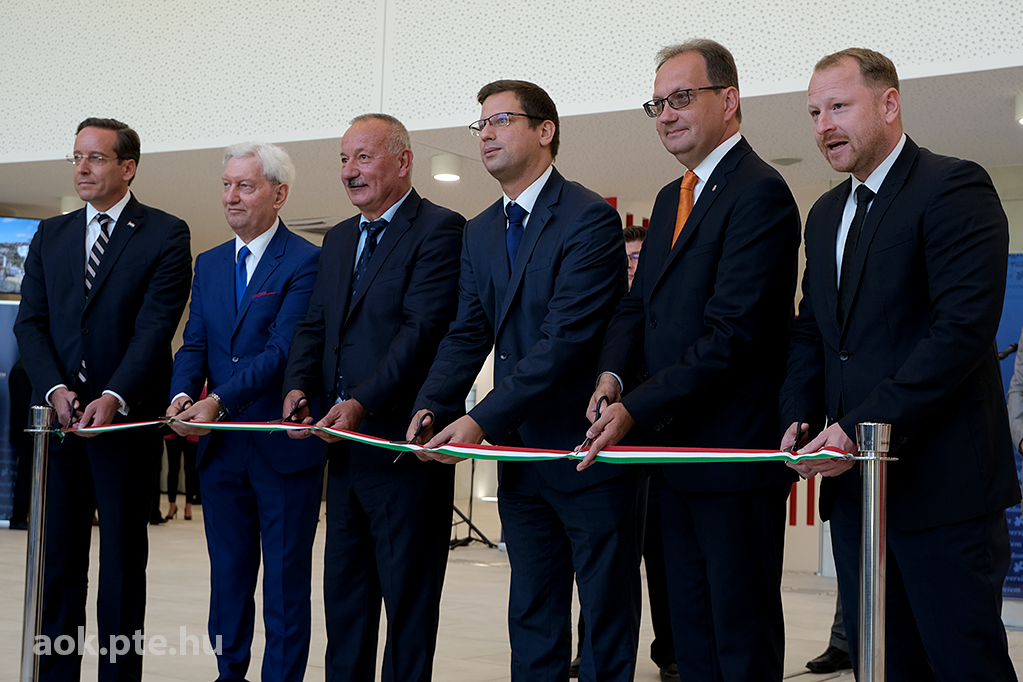