As is well known, the team of the UP Medical School finished first place overall at the 48th Medical Cup held in Szeged on 25-26 September.

Students competed with athletes from the fellow Hungarian medical universities in women’s and men’s handball, basketball, volleyball, water polo, and men’s six-man football. We are especially proud of the fact that Pécs won four of the latter five medical cups.

The athletes were greeted by Rector Attila Miseta, Dean Miklós Nyitrai, dr. István Karsai, head of the Sports and Physical Education Center, and former director Tamás Téczely in the frame of a small ceremony on 11 October.

Upon receipt of the challenge cup, dr. Miklós Nyitrai congratulated all the athletes, their coaches, and supporters and emphasized that he was fascinated by the fans in Szeged because there were many of them, and they behaved in a civilised way. He expressed his gratitude for the experience and the opportunity to be proud of the team of Pécs on behalf of the School.

Dr. Attila Miseta also praised the young people and their coaches, stressing that sport is a cardinal element of university life. He expressed his hope that next year they will be able to hold an even more enjoyable tournament in Pécs than in Szeged, in which he will be able to take part as well.

After the greetings and reminiscences of what happened at the Medical Cup, the teams and coaches were rewarded depending on their rankings and the “leaving” students received a memorial plaque.

At the end of the ceremony, dr. István Karsai thanked everyone for their participation and successful performance and wished them a successful preparation for next spring’s Medical Cup. 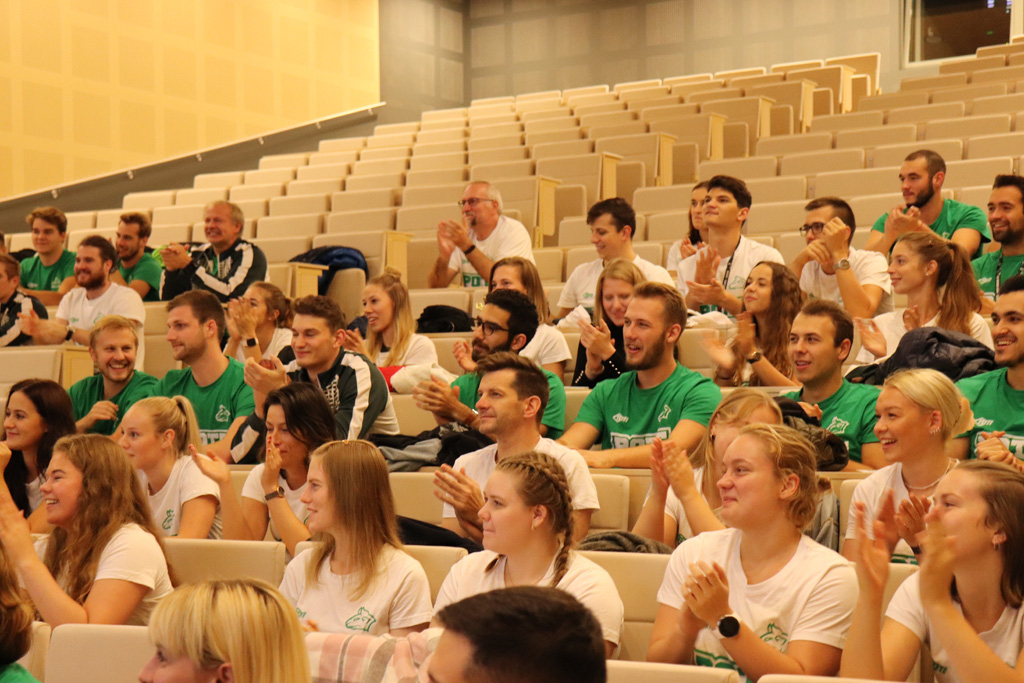